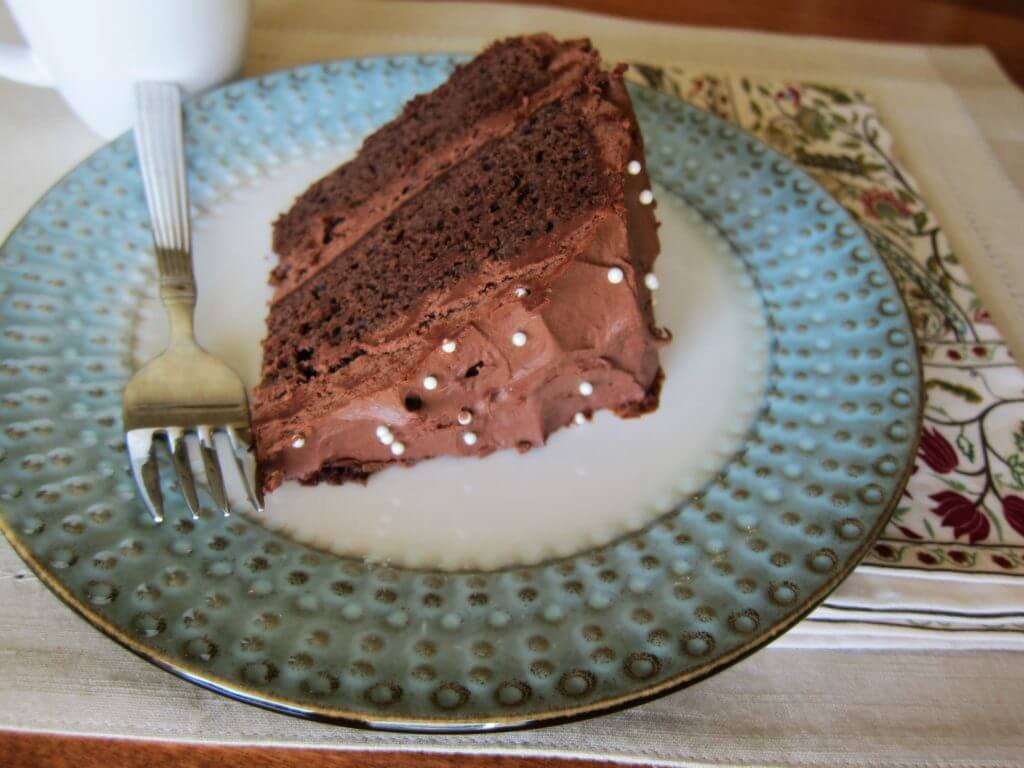 This Coca Cola Cake should be called Fifteenth Birthday Cake at my house because it’s what I’ve baked for both my daughters’ fifteenth birthdays.  By request.  Everyone in my household is a huge chocolate cake fan!  Except me.  I do like chocolate cake, but it’s not my favorite.  I’ll take cheesecake or coconut cake or any Indian dessert any day.  But I have to admit that this Coca Cola cake is rich, moist and absolutely delicious.  Having lived in Atlanta Georgia, which is the home of Coca Cola, I have a special connection to this cake and its southern roots.  By the way, this cake does not taste of Coca Cola; the Coca Cola just makes it airy and moist!

As you may have guessed by now, the cake calls for Coca Cola and so does the frosting.  I also like this cake because it’s not overly sweet.  Some chocolate cakes are just too sweet for my taste, even though I love sweets! And don’t use Diet Coke for this recipe because there’s nothing diet about this recipe, so it wouldn’t be worth it! This indulgent Coca Cola cake is definitely a special occasion cake for a birthday or the holidays.  You can go simple with the decorating, the cake just shines by itself.   If you wanted to simplify things, you could bake it in a rectangular dish and make it as a sheet cake.

And one note about the unsweetened chocolate that you use.  Most bakers agree that you should buy the best chocolate you can afford.  I have mostly used grocery store Bakers brand chocolate in my baking, but there are chocolates out there that are much better quality and richer.  Do they make a difference? They do, but they can be expensive!  Read about this real baking chocolate taste test by Ree Drummond (The Pioneer Woman.)

I would recommend making the frosting a day ahead of time; you can refrigerate it and then bring it to room temperature the next day.  The recipe yields more frosting than you’ll use to frost the cake.  Store leftovers in the freezer and defrost in the fridge.  Whip it up before using. 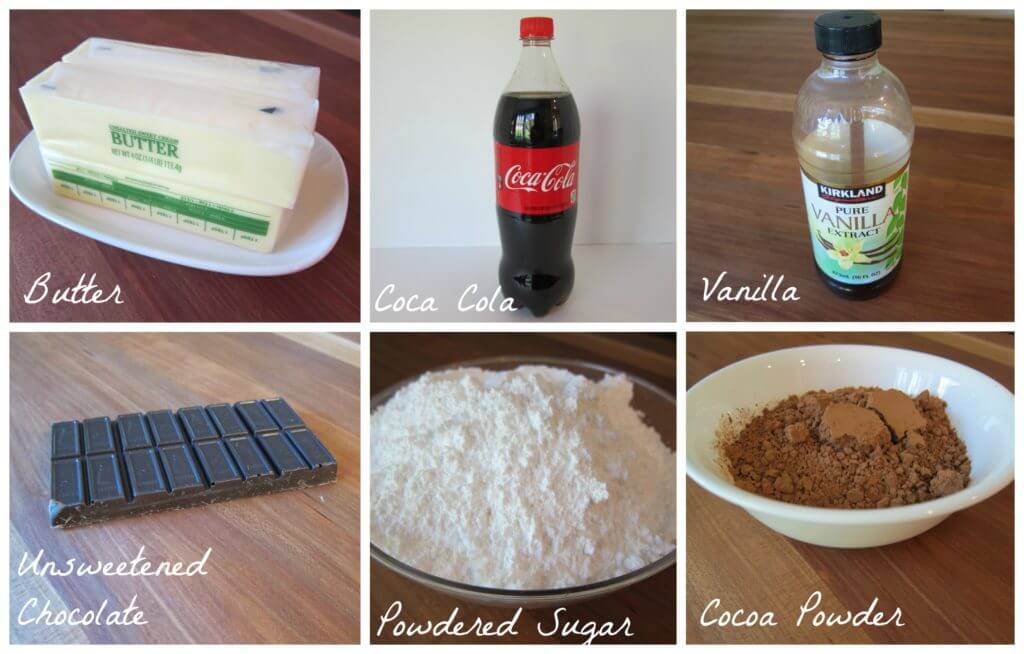 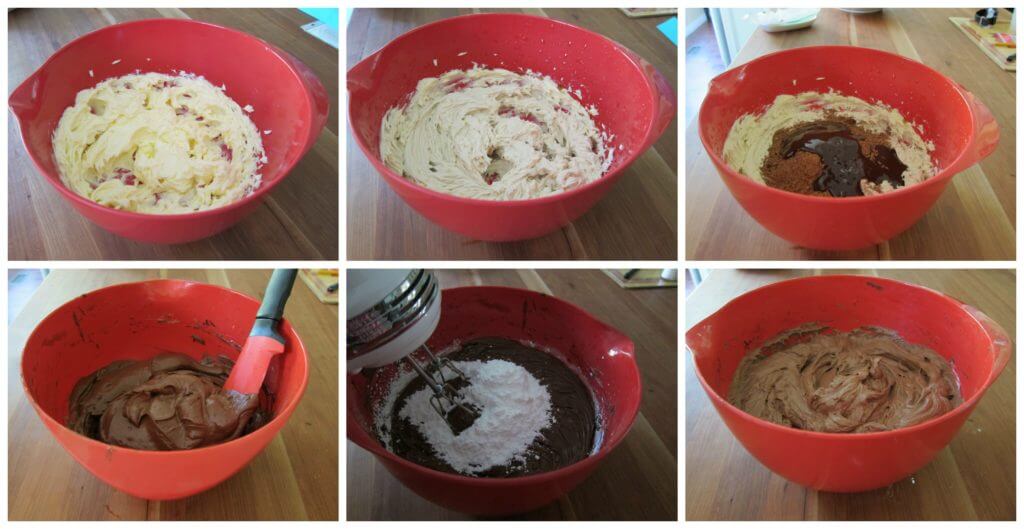 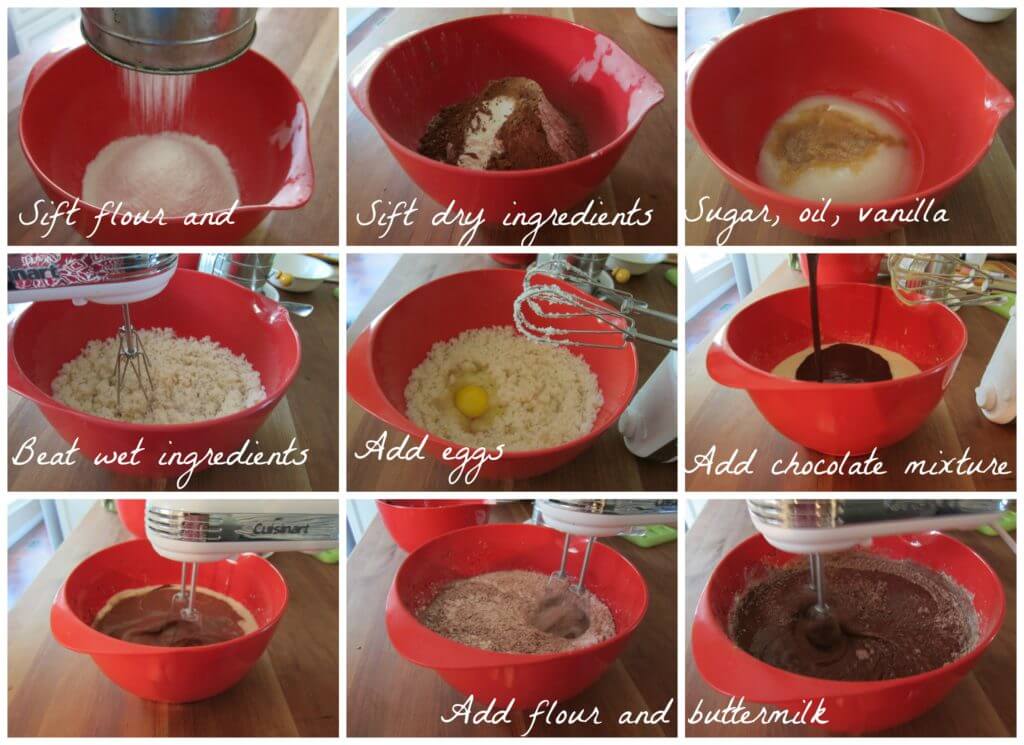 And finally decorating this fabulous cake.  Now try to resist doing a taste test at every step; not an easy task!! : 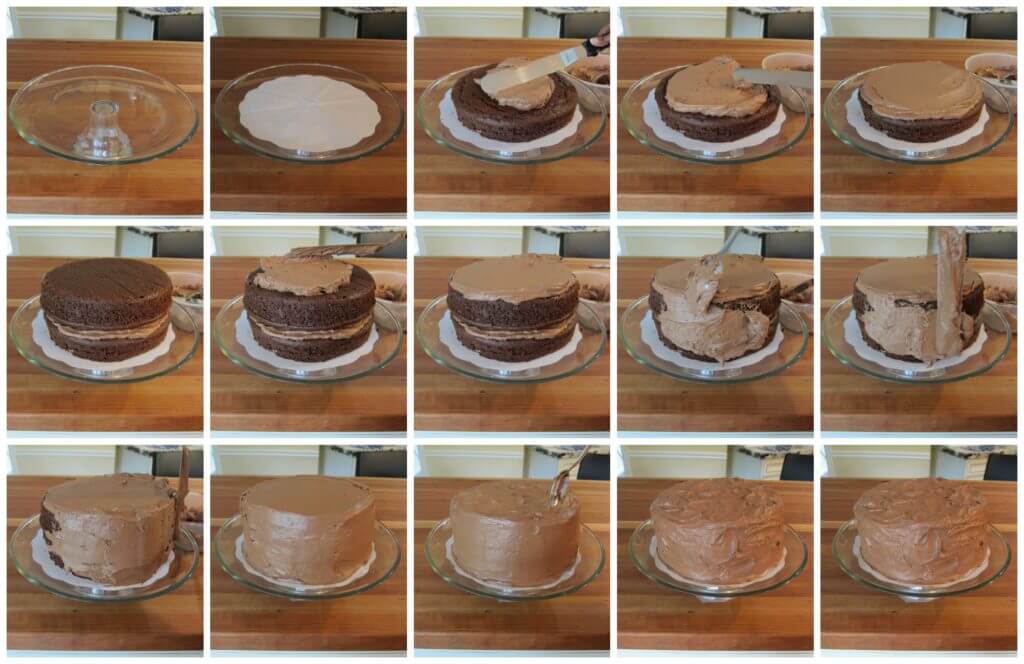 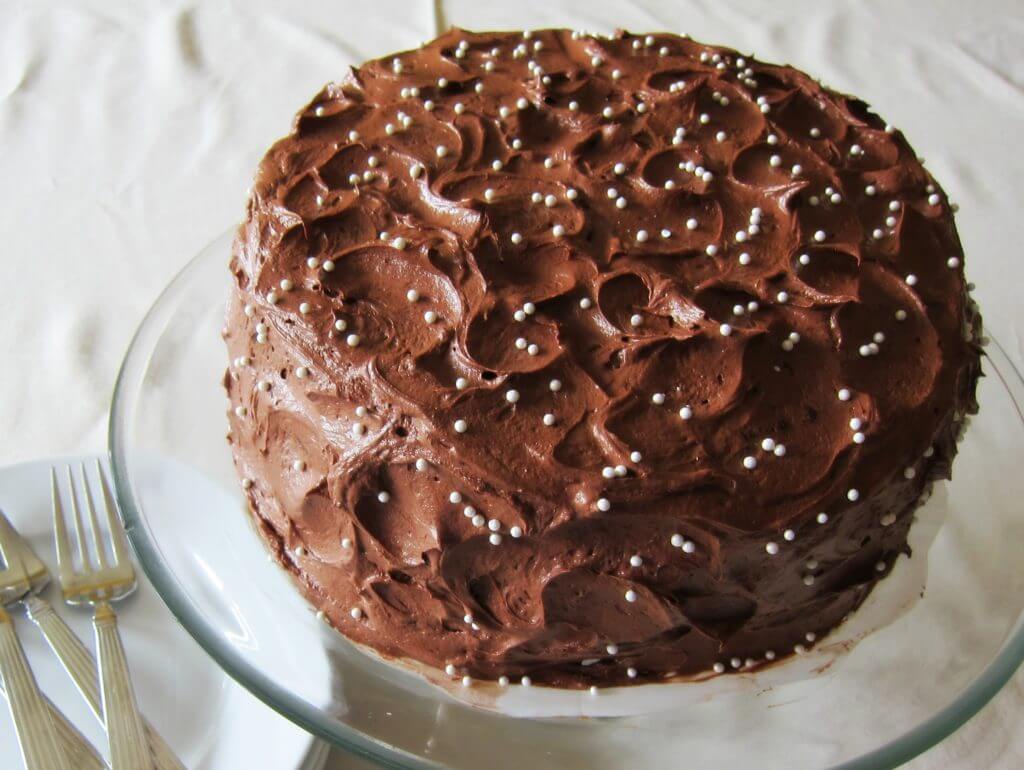 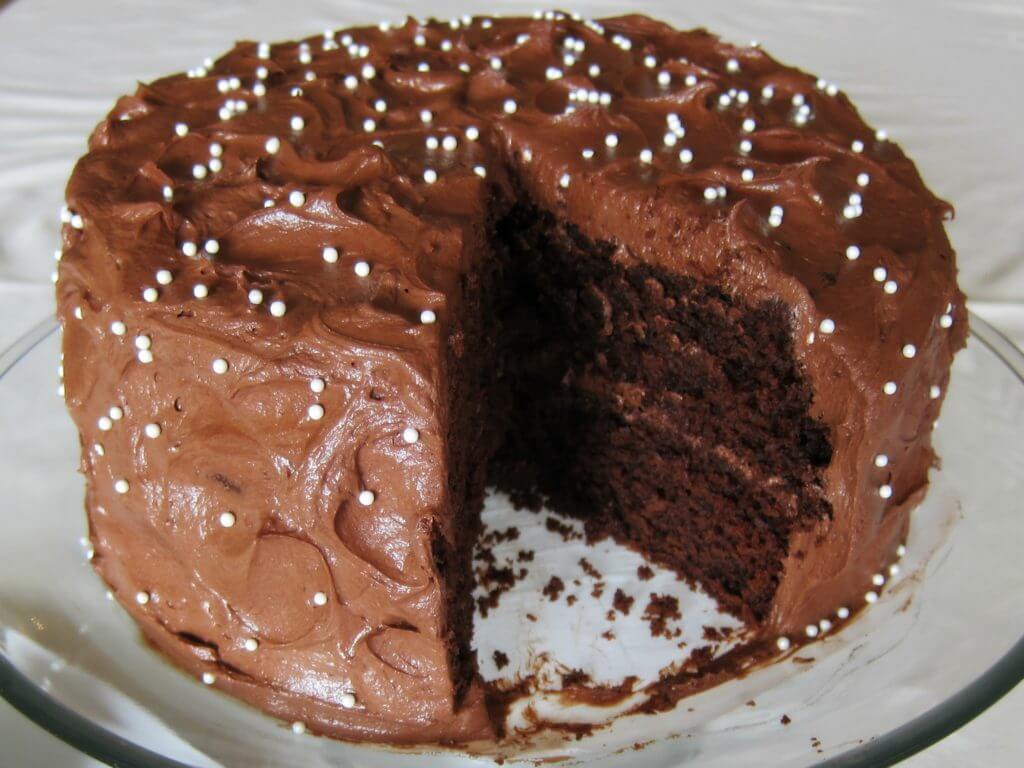 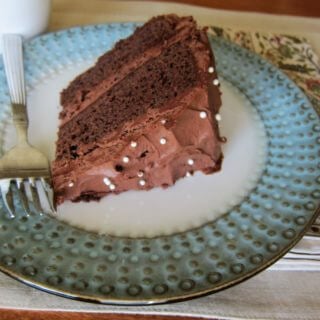 Ingredients For the Coca Cola Frosting

Directions For the Coca Cola Cake

Directions For the Coca Cola Frosting

Have you made this recipe?I love seeing your photos! Tag me on Instagram @PaintTheKitchenRed hashtag #paintthekitchenred

Questions? Did you like this recipe/article? I love hearing from my readers! Cancel reply